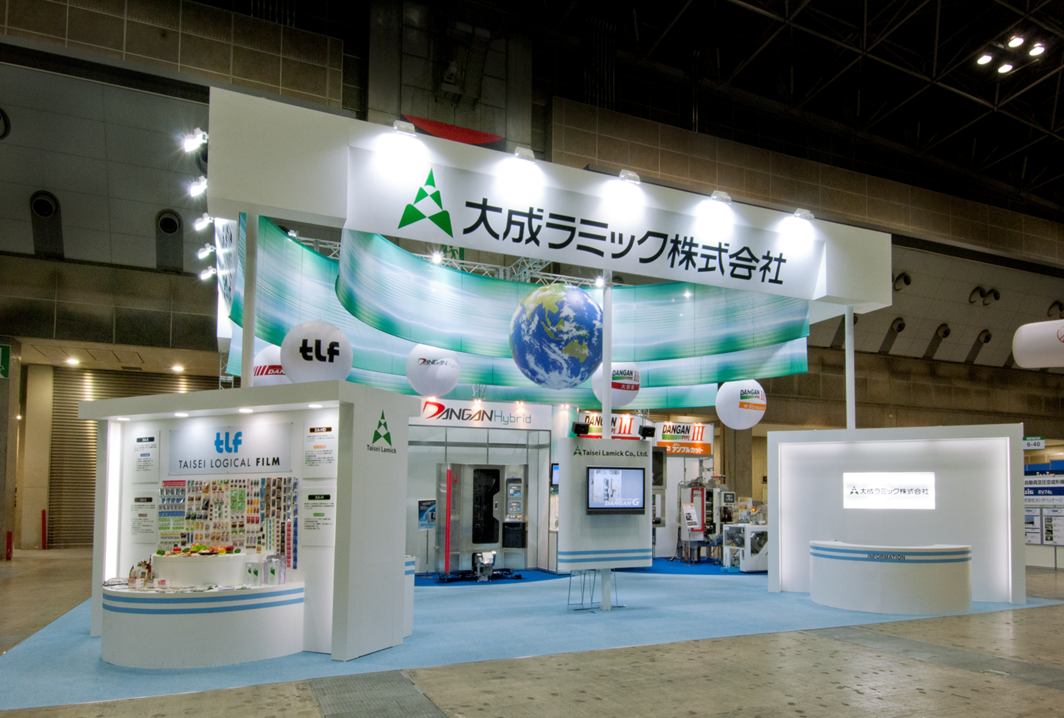 We hosted a booth at Tokyo Pack 2012 which was held over 4 days from 2nd to 5th (TUE to FRI) of October 2012 at Tokyo Big Sight.We would like to thank you very much for stopping at our booth during this Exhibition.

Exterior of our booth

We released an announcement the concept machine, DANGAN Hybrid , which has high quality.

The state of the art machine  DANGAN G

We displayed 2 machines for standard type and foreign substance.

“G50 SMART”  This film is concept film which will be able to reduce to use plastic materials, so that the film thickness will be as half as our current films.